There are many, many paella recipes and it is not always easy to choose which one fits your cravings. The original paella recipe was created in Valencia using chicken, rabbit, snails and three kinds of fresh beans in the summer, and duck and artichoke in the winter. Seafood and meat are not mixed in a traditional paella recipe, and seafood is only used when close to a sea. Now, paella is almost always associated with seafood, chicken and vegetables. The paella dish was named after the pan it is cooked in, a Paellera, which is also used for a variety of other rice dishes.

The ingredients people use vary from place to place, and time to time, depending on local traditions and the ingredients available. IBM even programmed an AI system designed to create new food dishes (almost two decades after the supercomputer Deep Blue beat Kasparov at chess, and two years after Watson beat Jennings at Jeopardy), and it created this Indian Tumeric Paella that looks pretty good to us! 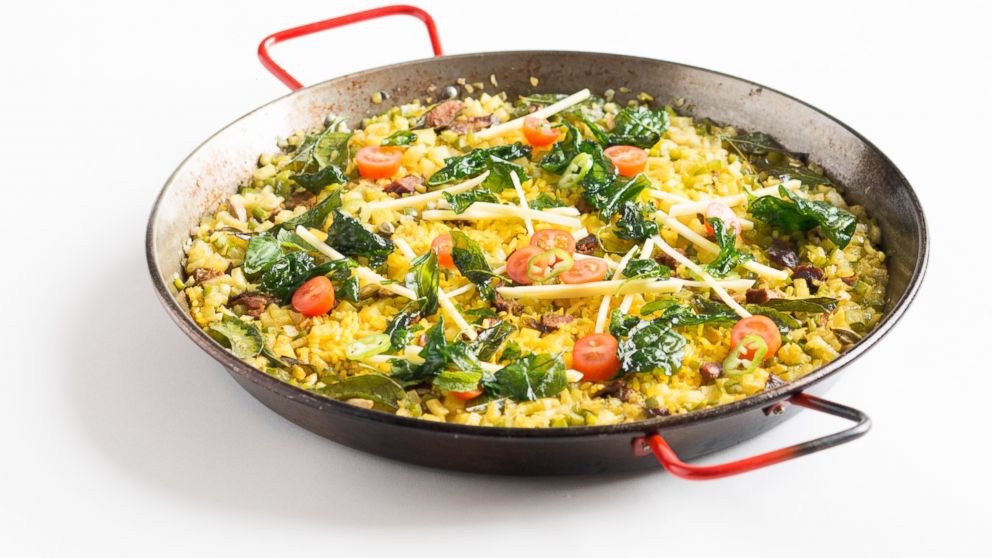 The Best Paella Recipes you will ever eat

In the end, there is no right or wrong recipe, only the recipe that you like; chicken paella, seafood or no seafood paella, traditional, simple or easy paella. Anything from fresh garden produce to holiday left-overs can inspire a cook to create an original version of this one-dish deliciousness. We have gathered the most searched for paella recipes and selected the best ones for you so you don’t have to waste time and can focus on the cooking.

We loved this amazing paella recipe with chicken thighs, chorizo, prawns & clams from IamFoodBlog and the stunning images. For the full recipe click below: 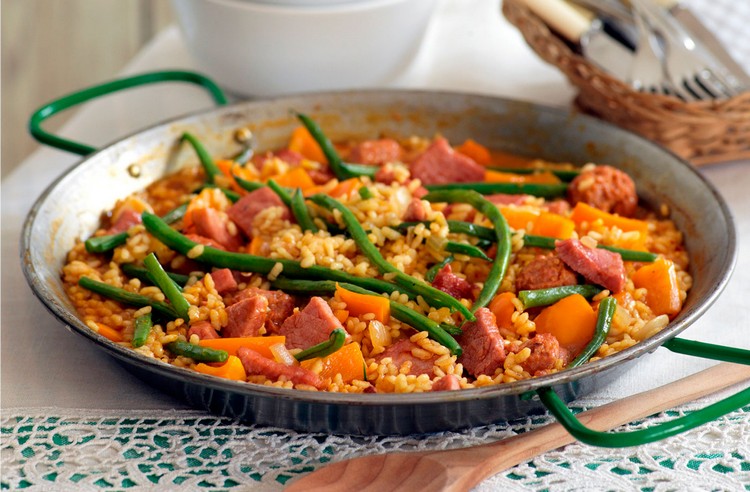 This is an incredible twist from the traditional paella recipe. This scrumptious dish from realfood.tesco is composed of smoked gammon steak and yummy sausages. Click below for the full recipe: 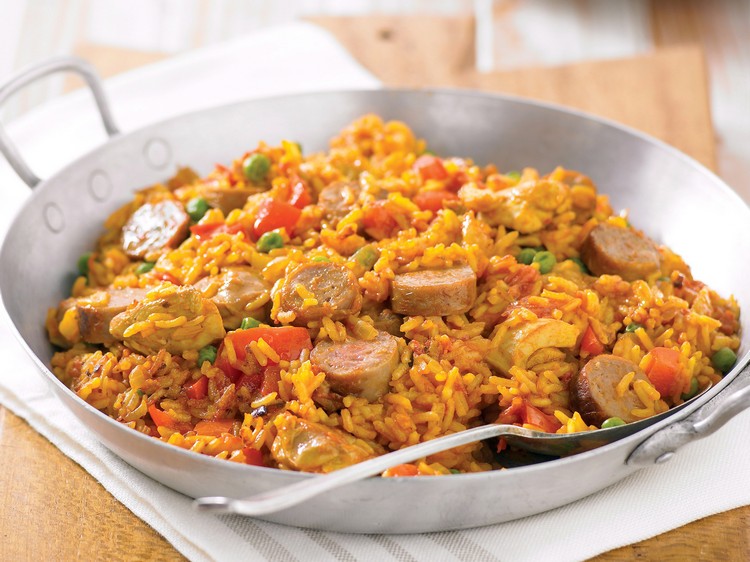 Bring your friends and family together and share this steaming meaty sausage paella. This recipe from food to love is rich in protein and luscious too! Try it and enjoy! Get the complete recipe below: 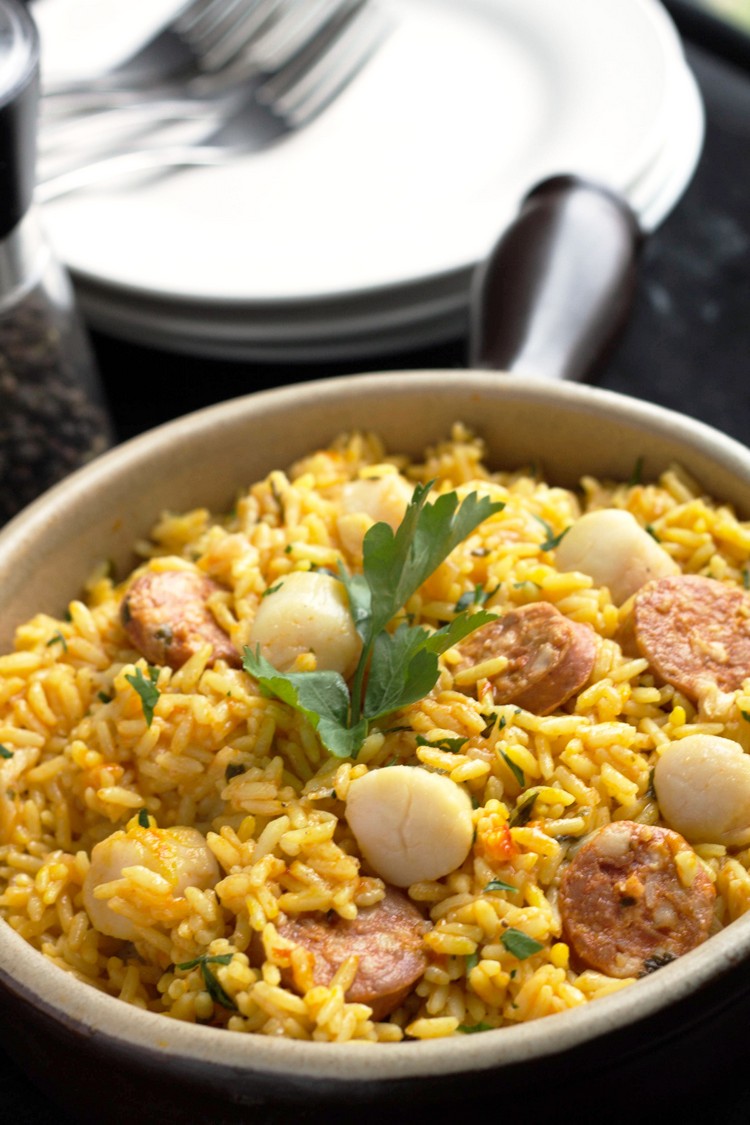 If you adore paella but don’t have the time or the complete ingredients then why not try this alternative recipe. Click below for the entire recipe: 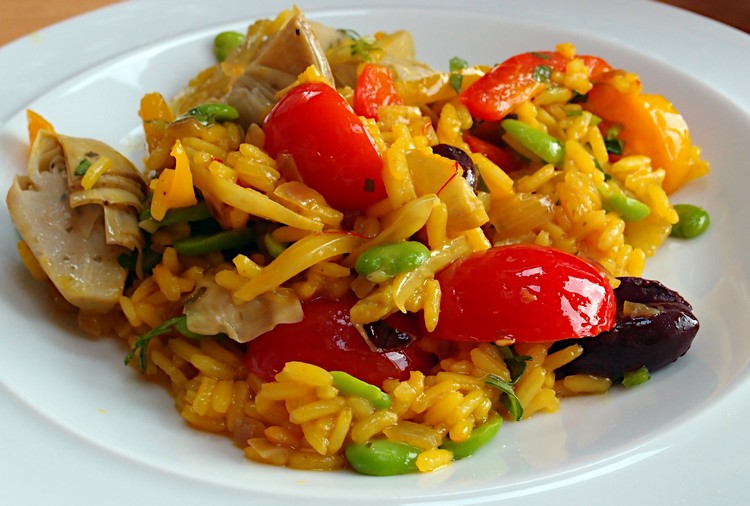 Turmeric is an excellent match for this veggie paella from heavenly healthy. Aside from turning the rice into yellow, it can also provide a spicy and warm flavor. This is the perfect meal for a warm summer day! Click below for the entire recipe:

Paella is one of the most popular dishes and yet it’s quite impossible to define precisely what it consists of. There are a plethora of variations from different cooks and most of them are claiming that their recipe is the most authentic. The paella recipe has a humble beginning. By learning about its history, it can help us understand why there are a lot of varieties.

Paella actually originated in Valencia in Eastern Spain. This dish was originally a farmer’s food. It is cooked in an open fire and they ate this during lunchtime. Paella consists of rice along with tomatoes, onions, beans and other vegetables that can be found in the countryside. To make it extra special, a rabbit, duck or a chicken is added. A touch of saffron can make it tasty and colourful. Traditionally, it is eaten directly from the pan where it was originally cooked with the use of a wooden spoon.

So, where did the name “paella” came from? There are actually a lot of theories on the origin of its name. Paella may have originated from the Latin word “patella” meaning pan. Another theory is that a lover prepared this dish especially for his fiancée, thus “paella” is actually a combination of “para ella”, a Spanish phrase which means “for her”. Some implied that the name “paella” originates from “Baqiyah”, an Arabic word which means “leftovers”. This is because the servants from Moorish royal banquets would gather the leftovers and cook them on an open fire.

The best thing about a paella recipe is the sense of enjoyment. It’s so magical when your family and friends will gather around and enjoy the paella experience. You will eat, talk, laugh, and smile while enjoying each others company. There are several ways of enjoying it as well, from authentic seafood to healthy veggies cut in strips. In fact, you can even get creative and invent your own paella recipe. Just like what Jamie Oliver did when he added chorizo to paella. Unfortunately, some people from Spain did not admire it. The dish can be cooked in an oven or in open fire. What is your favorite paella recipe? 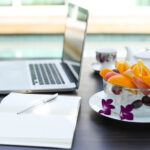 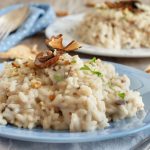 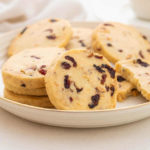 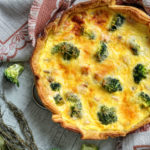