Is liquorice good for you? Well, like many children growing in the UK in the 1970’s, I only thought of liquorice (if I thought of it at all) as something to be used to reach into the bottom of my packet of sherbet dip.

Once wet, the sherbet stuck to the liquorice, but if you ate the two together, you were liable to run out of liquorice before you ran out of sherbet. At least I did!

Naturally (probably, on reflection not the best word) I was after the fizzy sensation of the sherbet, and that tingling feeling on my tongue. However, what I often got instead was a coughing fit as the yellow powder hit the back of my mouth. That’s if it didn’t end up all over my school uniform, first.

The jet-black liquorice itself was best left to the end – a means to an end – which finished only when the packet was empty. And if I didn’t end up going home with clothes that were tinged with yellow then I could be sure to finish up with black gums when I smiled sheepishly.

So what, if any, are the health benefits of liquorice (spelt licorice in the USA)? And did my pocket money all those years ago get well spent?  In Europe and North America, it’s mainly associated as a flavouring agent for candies and sweets. So can anything so closely linked to sweets really claim to help with healthy eating?

Let’s start with the plant itself. The extract is taken from the root of the Glycyrrhiza glabra plant, a herbaceous perennial legume. Liquorice is found mainly in Southern Europe, think Spain and Italy and also in parts of Asia, such as India and China.

Indeed, it’s traditional role in Chinese medicine and other cultures, as a folk lore herbal remedy gives us our first clue as to liquorice’s possible health benefits.

Many medical studies have found that liquorice extract has anti- inflammatory properties. A compound called Deglycyrrhizinated liquorice, (DGL) available in capsules and lozenges at pharmacists, can help with digestive disorders and is often used to treat stomach aches. Liquorice root tea is also drunk as a way of helping with gastric problems and soothing stomach ulcers.

Liquorice can help with respiratory problems

In a similar vein, liquorice is used to help with respiratory problems when people have colds and flu. They’ll often be a liquorice compound found in tablets and lozenges to ward away the effects of sore throats and infections.

So to sum up. Liquorice is mainly used to treat digestive disorders, such as ulcers and heartburn, infections of the immune system, including hepatitis, and urinary and respiratory infections; as well as in the treatment of inflammatory conditions – including eczema, psoriasis, arthritis and asthma,

In one form or another liquorice extract pops up as an ingredient to treat a range of health complaints. For instance, it’s found in laxatives, as well as in topical gels recommended for the treatment of eczema. In fact, its antibacterial properties mean that it is often used to treat a whole series of dermatological conditions.

It’s even used for women in helping to alleviate menstruation or menopause problems. But it also can be helpful for women suffering from ovarian cysts.

Something to bear in mind – liquorice eating side effects

Is liquorice good for you? Time for the health warning. This applies primarily to excessive eating and also to people with certain susceptible pre -existing condition. Liquorice also contains glycyrrhizic acid. This can cause the body to produce higher levels of potassium and result in increased blood pressure and so have an adverse effect on the condition of the heart.

Excessive consumption of liquorice and specifically its ingredient glycyrrhizin, causes ‘mineralocorticoid syndrome’ due to the effects on the adrenal glands. Symptoms include headache, lethargy, muscular weakness or aches, high blood pressure, sodium and water retention, increased potassium loss, and sometimes even cardiac arrest.

Symptoms can manifest within one week if the daily ingestion of liquorice is over 100 g. However, deglycyrrhizinated extracts, in its prescribed form, are virtually free of adverse mineralocorticoid side effects.

Adverse reactions to ingesting liquorice products are more common in individuals who have hypertension, kidney or heart disorders, hypokalemia, liver disease, and hypertonia.

Generally, it’s also not recommended for pregnant women and infants.

We’ve travelled all around the body in listing the possible health benefits of liquorice in asking the question; is liquorice good for you?  But let’s get back to our collective sweet tooth. It’s many people’s favourite subject and a sensitive subject for others.

That’s because Glycyrrhizin, one of the active components in liquorice root, is 50 times sweeter than sugar and gives liquorice its characteristic taste.

However, aniseed is often used by manufacturers instead of black liquorice itself to add a similar sweet flavour to the finished product. In one way that actually means there may be less issues about the possible side effects of sustained binge eating.

As well as being found inside sherbet dips, liquorice is, of course, an ever-popular candy sweet in its own right. It’s what pick and mix is all about.

We all know that there are ‘all sorts’ of liquorice and it comes in all sorts of shapes and sizes. From liquorice sprogs and catherine wheels to liquorice gums, coconut rolls, as well as liquorice rock creams, wands, juice sticks, not forgetting, liquorice comfits and torpedoes.

For many adults, the thought of liquorice evokes misty eyed memories of sweet jars filled to the brim with multi coloured sweets and candies.

Don’t forget that when consumed in moderate quantities, liquorice can be a good substitute for other sweet and less healthy candy forms of confection. It can also help satisfy the cravings for milk or white chocolate with their higher levels of saturated and hydrogenated fat, than dark chocolate, for instance.

Root it out and why not try it as an alternative to a bar of candy? After all, there’s plenty of forms to enjoy and with so many different types on offer – plenty to go round. It doesn’t have to be just child’s play. Just suck and see and stick with it! 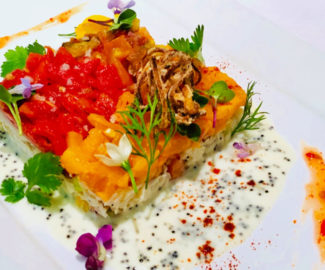 Is processed food really bad for your health? 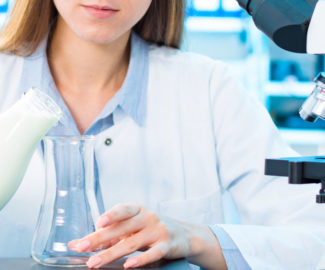 Always happy when cooking and eating!

My version of hot chocolate includes a dash of egn

The next chocolate order is nearly ready, now I ju

I like to get into the festive mood by making trad

How did we only just discovered @exchangeerith? I

What's your favourite tea? For the last year I bec

My day job includes rather lot of chocolate!

Leave me your email to receive new recipes, tips, and specially offers only for you!